Hurt in a Hit and Run in Nashville?

Hit and Run Injury Lawyer Explains Your Options for Compensation

It is bad enough being involved in a car accident — it is even worse when this accident has injured you and is a hit and run. After a hit and run, you face not only the financial burden of medical bills and other expenses, but also the uncertainty of not knowing who is responsible. However, even if the driver is never apprehended, you may have options to recover compensation from your own insurance provider. If you have been involved in this kind of accident in Nashville, then consider hiring a hit and run injury lawyer to ensure that you receive the settlement that you deserve. 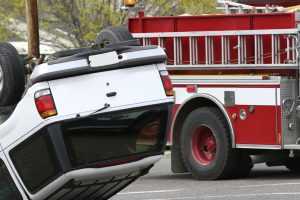 You have been through enough, let an expert take the reins when it comes to protecting you and your future. Since 1997, the Law Office of Stanley A. Davis has had one key focus: people come first. Stanley Davis believes wholeheartedly in helping his fellow neighbor. He has been a Nashville injury attorney for over 20 years and knows all the intricacies of county and statewide rules and regulations. Since opening his practice, Stanley has helped clients receive the compensation they rightly deserve — with over two million dollars awarded to victims over the years.

What Happens If the Police Cannot Find the Culprit?

After a hit and run accident, the authorities may be able to locate the at-fault party. If so, then he or she may face criminal charges on top of your civil claim. However, the police may not always be able to find the hit and run driver. For you, the victim, this may seem like the worst case scenario, but know that you still have options. Additionally, there are several things you can do to heighten the chances that police will catch the person who committed the hit and run:

Can I File a Car Insurance Claim If the Police Do Catch the Driver?

Take heart. It is not always the case that the guilty party is not caught. There are times when police are able to catch the culprit! A couple scenarios can occur in this situation:

It is always a criminal offense to leave the scene of an accident, so — in most states — the driver will also face criminal charges. Penalties for leaving the scene will vary in severity depending on the direness of the situation caused by the hit and run. Additionally, in some cases, you may be able to claim punitive damages as the victim of a hit and run.

It can be remarkably disruptive to a person’s life when he or she is involved in a hit and run accident — especially if they are injured in the accident. While it might be hard to remember in the midst of the situation, know that you have rights and options left in this wake of destruction that can ultimately help alter the situation in your favor.

Have you or a loved one been involved in a hit and run accident?

With over 20 years of experience, the hit and run injury lawyer at the Law Office of Stanley A. Davis is here to help you. Call today for a free consultation.

Have Questions After a Car Accident?
Get Answers
/
View All Results