Injured in an Auto Accident on I-65?

Interstate 65 is a major highway that runs over 120 miles north and south, spanning a great portion of the United States. There are several national attractions and highlights in the great state of Tennessee that can be visited simply by traveling down this expanse of roadway. However, as with all driving, you do so at your own risk. It is no secret that I-65 — or any major highway for that matter — is a dangerous road to be on. In the past, I-65 has been named 95th among the top 100 most dangerous highways in America. It is easy to see that this dangerous trend has not slowed in the years since. 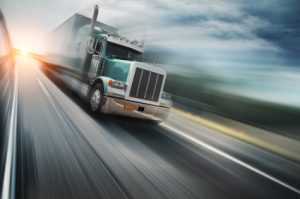 If you were involved and subsequently injured in an accident on I-65, I-24 or I-40 in Nashville due to the negligence of another — be it another driver or government entity — then Stanley A. Davis can help. Stanley has been representing wrongfully injured victims since opening the doors to his Tennessee personal injury law firm in 1997. Since then he has built a sterling reputation in Nashville and the surrounding areas (Brentwood, Madison and Antioch) for putting people first. He is known for providing personalized service to every client who walks through the door. By getting to know you and your situation, Stanley is able to build a strong case that will heighten your chances are receiving a favorable outcome.

What Are the Most Common Causes of Highway Accidents?

The most common overall reason that people get into accidents is negligence. That being said, negligence is a broad category that can take many different forms. From inclement weather to driver error, there are many reasons that an accident on the highway can occur.

The following are four of the most common causes of highway accidents:

What do I do After a Highway Accident?

Being involved in a car accident is scary enough, let alone being injured in one. An accident on the highway is usually more serious than one that occurs on a city street due to the high speeds and types of vehicles on a highway. Trucking accidents involving large semi-trucks and other similarly sized commercial vehicles often involve critical injury, and even wrongful death.

If you were involved in an accident, then it is in your best interest to do the following if you are able:

After implementing those three steps, it is in your further best interest to contact an experienced I-65 accident lawyer like Stanley. He will be able to negotiate on your behalf with insurance companies as well as help you draft a strong case plan that will hold up in a personal injury case.

Being injured is a stressful time in a person’s life, let Stanley take some of the burden from your shoulders so you can focus on recovering your health. For over two decades, he has been representing fellow Tennesseans who have been wrongfully injured, helping them seek restitution. He has spent his entire career learning and gathering resources that help him win his clients a favorable outcome.

Nothing inspires Stanley more than helping those who need it most. Contact us online or by calling (615) 866-3938 to schedule your free case evaluation with Stanley today.

Have Questions About a Car Accident?
Get Answers
/
View All Results