Our Experienced I-40 Accident Lawyer Knows How to Help Victims 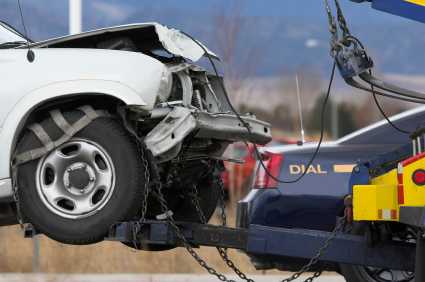 I-40 is one of the busiest highways in Tennessee. It connects us to Nashville, Memphis and Knoxville — the three largest cities in our beautiful state. With more and more drivers on the road, the risk of accidents is higher — driver error and distracted driving being two leading causes of car accidents. According to data recorded by the National Highway Traffic Safety Administration (NHTSA) and the Federal Highway Safety Administration (FHSA), Interstate 40 is the most dangerous highway in Tennessee — there are “over 43 fatal crashes a year”. While that may not seem like a high number, that is still 43 people who did not make it home to their families; 43 people who potentially suffered a wrongful death. Additionally, this number does not include several others who were injured as a result of these accidents.

If you or your loved one were injured in an accident on I-40 or other dangerous Tennessee highway (I-65, I-24 etc.), then you deserve compensation for damages. Founder and principal attorney of our Nashville law firm, Stanley Davis, has devoted his legal career to helping those who need it most. He is strongly affected by the stories of his wrongfully injured clients. This emotion is reflected in his passionate representation style on behalf of his clients in the courtroom. Since 1997, Stanley has helped fellow Tennesseans receive millions in settlements, allowing them to recover with less stress after being injured in a negligent accident.

What Are Different Types of Highway Accidents?

While many car and truck accidents can be attributed to negligence, it is not always the cause. Conditions outside a driver’s control, such as poorly maintained roadways or inclement weather conditions, can also be contributing factors. Further, a large majority of highway accidents will involve large commercial vehicles, such as semi-trucks. As a result, injuries sustained in these accidents are often more consistently serious, and result in wrongful death.

The following are four of the most common types of highway accidents and how they can happen:

If you were involved in one of the above or other type of highway accident on I-40, then it is highly recommended that you seek an experienced I-40 accident lawyer. You may be able to hold several parties liable and maximize the amount of compensation that you are rightfully owed.

Who Can Be Held Liable in a Highway Accident?

If you were involved in any of the above (or other similar) scenarios, then you might be eligible to receive compensation for past, present and future damages suffered. Damages can include current and future lost earning potential as well as emotional pain and suffering.

Injured in an Accident on I-40? Call Our I-40 Accident Lawyer Today

Highway accidents are some of the most dangerous and fatal accidents that can occur on the road. While many of us assume our civic duty to drive responsibly when we get behind the wheel, it is unfortunately not the case that every other driver will return the favor. If another driver was negligent that lead to you suffering an injury, then that driver (and any other guilty parties) should be responsible for making your recovery as stress-free as possible.

Our I-40 accident lawyer, Stanley, has been litigating personal injury cases across Nashville and the surrounding areas for over two decades. Fellow Tennesseans know him as a caring local attorney who gets to know each of his clients personally. He has dedicated his career to helping the wrongfully injured receive rightful compensation for damages.

Have Questions Regarding a Car Accident?
Get Answers
/
View All Results