Semi trucks are enormous compared to the size of regular vehicles, which means they have the potential to cause catastrophic damage to other cars if involved in a crash. These kinds of accidents can be caused by truck defects and poor road conditions, but the leading cause of semi trucking accidents is driver negligence. If truck drivers ignore the rules and laws put in place to keep roadways safe, they risk causing serious personal injury or even death to other drivers. 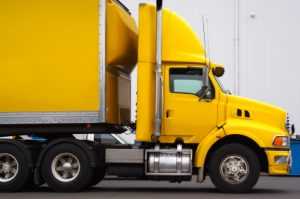 Nashville truck driver accident attorney Stanley A. Davis understands the toll a semi truck accident can take on the lives of those involved and the community. In one case, he was able to help a client recover more than half a million dollars after a truck driver accident when the driver failed to yield the right of way.

The laws governing truck drivers are complicated, but Nashville attorney Stan Davis has experience holding negligent truckers and their companies accountable for careless actions. There is no shipping deadline or excuse that is enough to justify negligent driving, especially by those in control of such huge, heavy vehicles.

When is the Truck Driver at Fault?

Truckers are people, and people can become angry, tired or take improper risks with their vehicles. When a crash happens, truck accident lawyer Stan Davis can determine if any form of negligence on the part of the driver caused the accident by thoroughly investigating and finding answers to a number of questions, such as:

If a truck driver engages in these or any other risky behaviors and causes an accident, the sad fact is that it is typically other drivers who will suffer serious personal injuries or even wrongful death as result.

If you or someone you love is injured in an accident with a semi truck caused by a negligent driver, you have a right to compensation. Our personal injury attorney in Nashville can begin investigating the truck crash and gathering evidence while you and your family focus on recovering.

Stan Davis is a truck accident attorney whose faith and family values have led him to find his calling helping clients in Nashville and throughout Tennessee in communities like Madison, Smyrna and Brentwood for the past 20 years. Truck accidents are complex. If you are filing a lawsuit against a negligent truck driver or company, you need an attorney who knows the law and will get to know you and your case. By working on a contingency fee basis, our attorney requires no fees for his legal services unless you recover compensation.

Call Nashville truck accident attorney Stan Davis today if you are looking for a dedicated, caring attorney who will put you first.

Have Questions About a Truck Accident?
Get Answers

/
View All Past Results